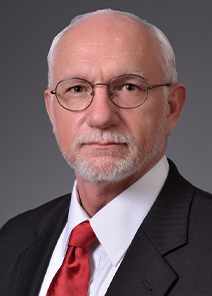 Keith B. Sieczkowski is the Firm’s senior labor and employment lawyer and served as the Firm’s president from 2003 to 2010.  Certified in Labor and Employment Law by the Texas Board of Legal Specialization since 1994, Keith has achieved Martindale-Hubble’s highest ratings in the areas of legal competency and ethics, and is recognized as a Texas Super Lawyer.

Following graduation from the U.S. Naval Academy, Keith served as a Marine Corpus officer from 1980 through 1990.  From 1985 – 1988 Mr. Sieczkowski attended St. Mary’s Law School in San Antonio where he was the Editor-in-Chief of the St. Mary’s Law Journal, a member of the John M. Harlan Society and an honor graduate.  From 1988 to 1990 Keith served as  Marine Corps Judge Advocate and prosecuted criminal cases, conducted administrative hearings and investigations, served on the Commanding General, Marine Corps Base Camp Pendleton’s staff, and provided advice on a variety of legal issues ranging from divorce to claims against the government.

As a private practitioner, Keith represents employers and business interests many of which have complex industrial operations and operate in numerous states.  As a result, Keith has appeared before federal and state courts in Texas, Michigan, and Tennessee; and federal and state agencies, including the National Labor Relations Board, the Equal Employment Opportunity Commission, the U.S. Department of Labor (Wage and Hour Division), the Occupational Safety and Health Administration, the Texas Workforce Commission, and the Corpus Christi Human Relations Commission.  Keith also represents clients in arbitration proceedings, including those governing union-related disputes.

The Firm’s clients consider Keith to be a trusted advisor regarding labor and employment related issues and he routinely provides practical day-to-day advice to his clients, including assistance in union negotiations and disputes; policies and practices; investigations; layoffs and discipline; OSHA compliance; and non-competition matters.  Keith regularly gives in-house training to management staff and has provided presentations on a host of issues such as: the ADA, ADEA, FMLA, and Workers’ Compensation compliance; harassment and discrimination; proper employment documentation, discipline and termination practices; union activity, and current topics of interest. 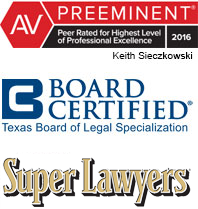