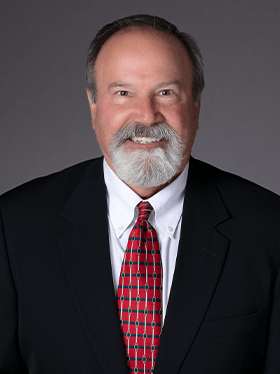 Jim Robichaux focuses on complex business disputes, eminent domain, and oil and gas litigation. His practice involves cases in state and federal trial and appellate courts and before arbitration panels.

• Obtained high-six figure (confidential) settlement on behalf of clients involved in an oilfield case relating to defective pipe; despite the application of the Economic Loss Rule, statutory indemnity, and a target foreign defendant with no assets in the US upon which to execute; all of which would have precluded any recovery.
• Obtained a six-figure (confidential) settlement for mineral owners in a lease termination dispute, despite the fact that the producing wells remained tens of millions of dollars below payout.
• Obtained a mid-six figure monetary recovery and the award of mineral interests to land purchasers, despite language in the conveyance instruments that the sellers and Lessee oil companies asserted conveyed no mineral interest to the purchaser (client).
• Obtained summary judgment in favor of the purchasers of certain mineral interests in a Texas County involving millions of dollars in royalties payable to date on currently producing wells, defeating a reservation in the conveyance in favor of one of the Assignors. Summary judgment was based upon application of  the “stranger to title” doctrine.
• Obtained a series of summary judgments against multiple plaintiffs who falsely and maliciously accused the client and his law firm of committing acts of barratry, conspiracy, breach of fiduciary duty, and legal malpractice. All plaintiffs’ claims were dismissed with prejudice. A Motion for Sanctions against their lawyers resulted in a $250,000.00 sanction award in arbitration.
• Obtained mid-eight figure (confidential) settlement on behalf of clients involved in a series of oil and gas partnerships with large Fortune 500 entity involving allegations of usury and partnership mismanagement.
• Successfully defended clients accused of theft of a geological prospect involving multi-billion dollar damage model — obtaining defense verdict at trial.
• Obtained appellate victory awarding client mineral interests buyer claimed had not be reserved in conveyance instrument; reversing summary judgment for buyer.

Jim and his wife live in Georgetown. They enjoy cycling, their church, and the joys of a Texas Hill Country lifestyle.